Going “all in” with Cyber Advisors 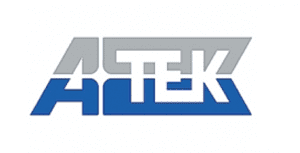 Based out of Eden Prairie, MN, ATEK Companies is approaching 70 years in business. Over that time, its core has always centered on manufacturing, but as privately held entrepreneurial enterprise, it has also been in businesses as diverse as charter aircraft and product fulfillment. While always on the lookout for the next opportunity, ATEK today has two manufacturing companies in addition to the corporate headquarters in Eden Prairie.

ATEK Metal Technologies in New Hampton, Iowa is a “State of the Art in the Art of Metal” aluminum casting company that provides finished aluminum castings to the power sports/marine, industrial, transportation, and medical industries.

ATEK Access Technologies, whose manufacturing operation is in Brainerd, Minnesota, enables its customers to “Access the Power of Technology” via its Datakey, Larco, and TankScan brands.

Prior to engaging Cyber Advisors in 2010, ATEK employed twelve information technology professionals to support all of their hardware and software infrastructure. A business networking connection led to an introduction to Cyber Advisors executives Shane Vinup and Igor Bogachev. ATEK’s initial plan was outsourcing the Helpdesk function, but after a few meetings with Shane and Igor and after carefully checking their references, ATEK chose to go “all in” with Cyber Advisors. Included in the relationship was all IT functions for the entire ATEK Family of Companies, including four separate manufacturing companies with a total of six locations, including one location in Costa Rica. The only major function ATEK retained was support of their ERP system.

“This was a bold move by ATEK, but only after carefully measuring the risks and rewards”, stated Jim Voiss, Vice President and CFO of ATEK Companies. “After instituting this change, our overall costs declined, our IT infrastructure became more robust and we started realizing a measurable ROI”.

ATEK Companies and Cyber Advisors moved forward with a total managed services solution including moving all datacenter operations and infrastructure to a new co-lo facility based in the Twin Cities. Items like patching, monitoring, engineering resources, problem management are now all handled by Cyber Advisors. “They supported ATEK business units with local on-site support in places such as MI, IA, TX and even Costa Rica” stated Voiss.

Soon after completing the transition to Cyber Advisors, ATEK’s IT staffing fell from twelve to four and a year later had fallen to one. ATEK ownership and management also benefited from a greater focus on overall business growth instead of managing an ever expanding IT function.

When asked if he would do this all over again, ATEK’s Jim Vioss said simply “Yes, absolutely it was the right choice. My only regret is not doing it sooner”.

Including moving all datacenter operations and infrastructure.

By standardization of the platform across all organizations, Cyber Advisors provided a lower cost IT solution. A simplification of ATEK’s IT infrastructure made supporting them more repeatable and allowed them greater uptime.

We use cookies to ensure that we give you the best experience on our website.I AcceptPrivacy Policy